A Typical Day on Safari in the Northern Serengeti

Private Safari in the Grumeti Reserves and Northern Serengeti

It’s my favorite time of day in the bush. Just before dawn and the morning birdsong is about to begin.  A slight glow in the eastern sky signals the beginning of a new day. Today my clients and I will start with a balloon safari in the private Grumeti Reserves Concession on the western edge of the Serengeti National Park. The familiar smell of freshly brewed Tanzanian coffee wisps up from the campfire, offering an essential kick-start as the camp begins to wake.

We rug up against the chill of the crisp morning air and head off down the road in our vehicle to the balloon launch. Our driver scans the bush with a spotlight as we move slowly along the track. The hour drive flies by as we are busy focussing on a remarkable array of nocturnal wildlife including an African civet, aardwolf, spotted genet, and bat eared fox. 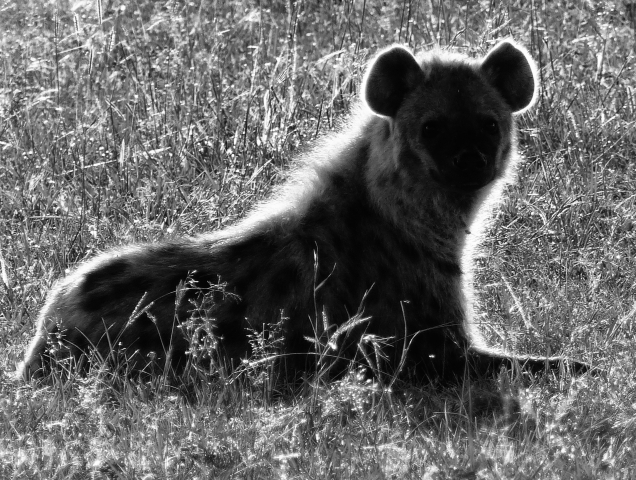 Within 200 meters of the inflating balloon, a series of reflective eyes catches our attention. Excited squeals from the back seat confirm a lion pride of several adult lionesses and some juveniles, playing and staring inquisitively at the gradually inflating balloon. 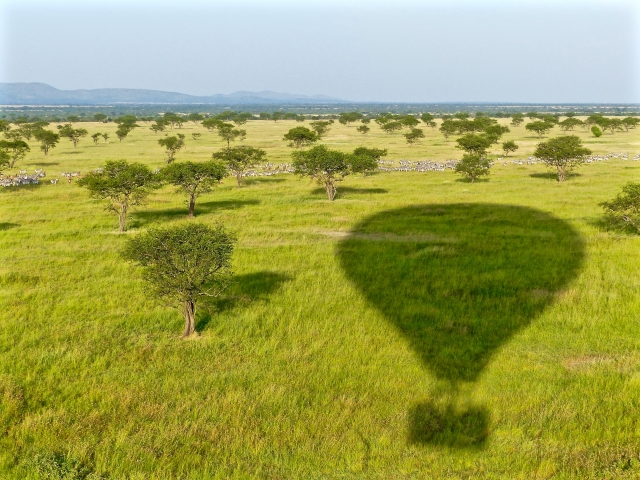 With the roar of the gas burner the balloon lifts off as the rising sun creeps over the eastern horizon.  Drifting silently across the plains, we have a completely different, peaceful perspective of the ground below. From the balloon we see eland, topi, zebra in their thousands, impala, ostrich, a single serval cat and another pride of lion. Once safely landed on an open grassy plain we drive to our breakfast spot under the canopy of two large acacia trees where our camp team has already set up a barbecue. We all tuck into a hearty breakfast of steaming tea and coffee, tropical fruit, cereal and various choices of eggs.

We have had a busy day but there is more in store as we drive back towards camp. A call from another car alerts us to a cheetah with her young cubs. We make our way swiftly to her location; she is in the process of starting a hunt on a herd of male impala. We observe from a discrete distance as she hides her young cubs in a patch of high grass; she stealthily makes her way along a drainage line to get as close as she can to her chosen quarry. An explosion of impala and dust grab our attention. Two impala leap impossibly high in front of us, followed by a flash of spots. Our view is obstructed by some thick bush. The commotion and dust settle as the remaining impala continue with their startled alarm call, their gaze carefully tracking the movement of the mother cheetah. The outcome is unclear until we notice the cheetah walking slowly back towards her cubs, calling quietly that it’s safe to come out. A passionate and expectant greeting from her cubs does nothing to lift the mood as we realise that this hunt, like the majority of cheetah hunts, has been unsuccessful.  We leave the three of them settled under a shady bush as they contemplate their next move.

Over the next hill we come across a breeding herd of elephants making their way towards a water hole. We stop to watch them pass quietly and observe several small calves being herded along by their mothers, aunts and older brothers and sisters. 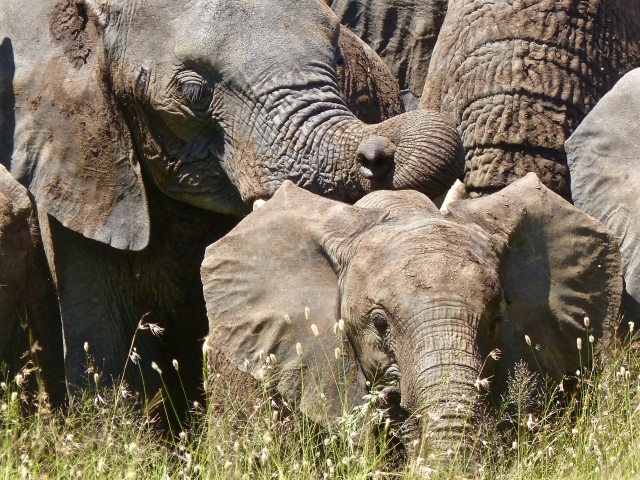 Less than 30 minutes further on we see a fresh kill carefully stashed in the outer branches of an acacia. The unfortunate Thompsons Gazelle was clearly the work of a leopard, trying to protect its hard-earned prize from other predators. Careful observation of the tree shows the leopard is not there, but we decide to quickly check the surrounding trees as well. Not 100 meters away from the kill we find two small leopard cubs well hidden high up in a Desert Date (Balanites) tree. No sign of Mama Leopard but she must be watching us carefully from somewhere, ensuring we do not mess with her offspring. We leave them in peace and return to the camp as we’ve been out for nearly 9 hours. We return to the kill later in the afternoon and we’re lucky to find the female leopard sleeping whilst her two cubs take turns feeding on the dead gazelle. They are very relaxed in the presence of vehicles which augurs well for future sittings by other safari goers.

As the light dims on another Africa day we relax in our camp chairs overlooking a small water hole towards the rapidly setting sun, sip our sundowners and reflect on an extraordinary day on safari. 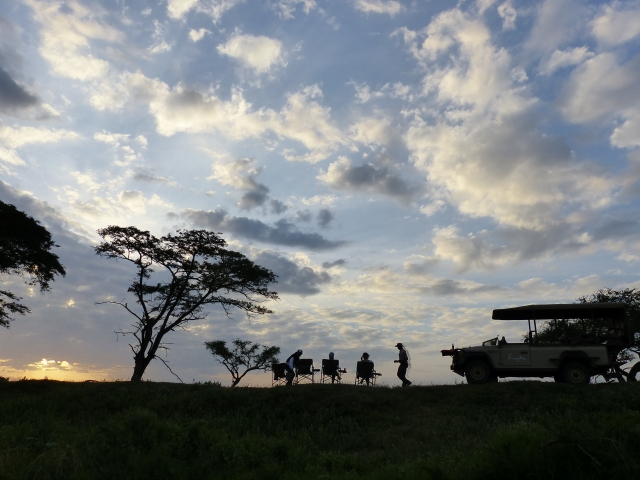