Sorry to have been off-line for a couple of days. The connection has been sketchy.

I have now arrived back at Everest Base Camp and am entrenched in the Adventure Consultants Camp. 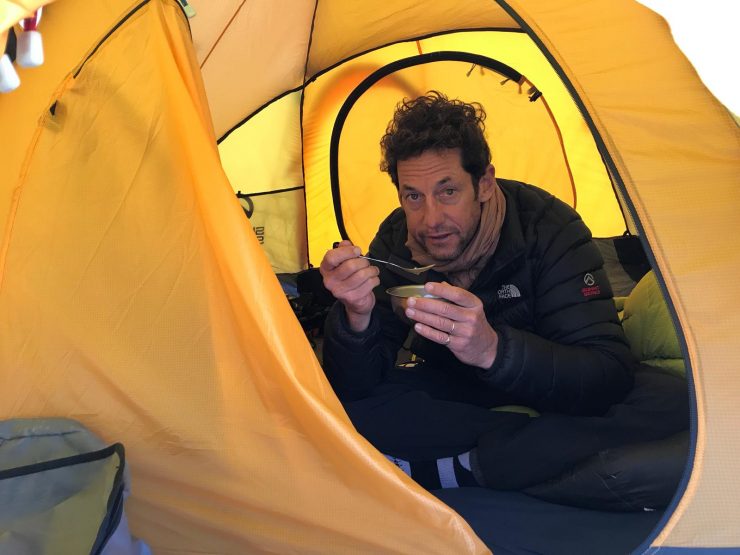 Friday morning we bid farewell to Steve and Paul for their homeward journey. They were picked up by helicopter and flew back to Kathmandu. Most trekkers spend three days trekking down to Lukla before taking a fixed wing flight back to Kathmandu. Paul commented later that it was the flight of his life. Very dramatic scenery staring with a flight over the ice fall before turning south down the Khumbu Valley.

Climbing Lobuche. Sean, Guy and I then backtracked to Lobuche for our planned climb of Lobuche East (6119 metres). This is a technical mountain, meaning it involves ropes and crampons. It is often done by Everest climbers as part of their acclimatisation plans.

We had lunch in a teahouse in Lobuche before heading up to our High Camp at around 5300 metres. There our Sherpa support team pitched Camp and we settled in for a short night.

We woke at 2.00 am and after some soup and tea we struck out at about 2.45 am.  The going was pretty tough from the start as we were in snow. Ordinarily Lobuche involves the climb up a rock face before hitting the snow line at around 5700 metres where you put on climbing boots, crampons and harnesses.  Not this year!  Snow from the get go.  Initially we didn’t put on crampons but after sliding all over the place we took the decision to stop and crampon up which made our lives a whole lot easier. 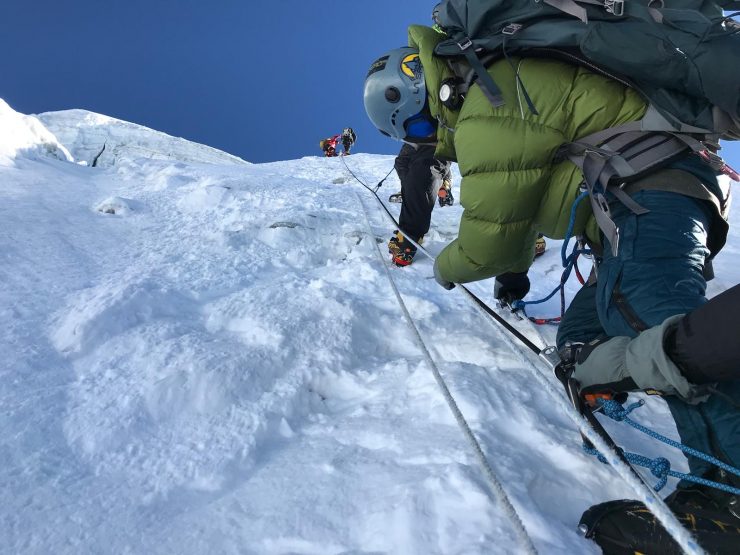 After around 2.5 hours we came to the main face. Here the climbing became considerably tougher and steeper (it certainly seemed steeper than when I last climbed it in 2014. Perhaps age is catching up!). We were on fixed ropes the whole way up from here. At times we were on our knees using our ice axe in one hand and our ascender on the rope in the other.

We finally topped out on the summit at just before 8am. It was a perfect day with amazing views. You could clearly see three of the world’s fourteen 8000 metre peaks – Everest, Lhotse and Makalu.

Our Sherpa climbing team were amazing. Each of us had our own climbing Sherpa. These guys never seem to tire as they move up and down the mountain in support. 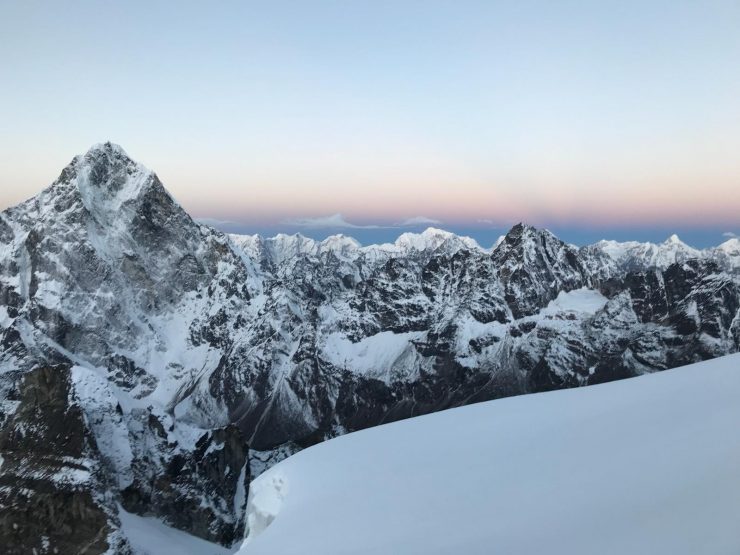 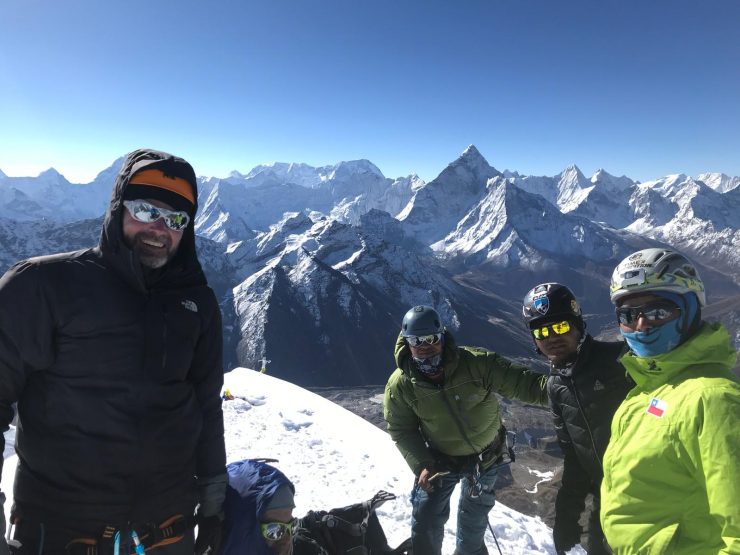 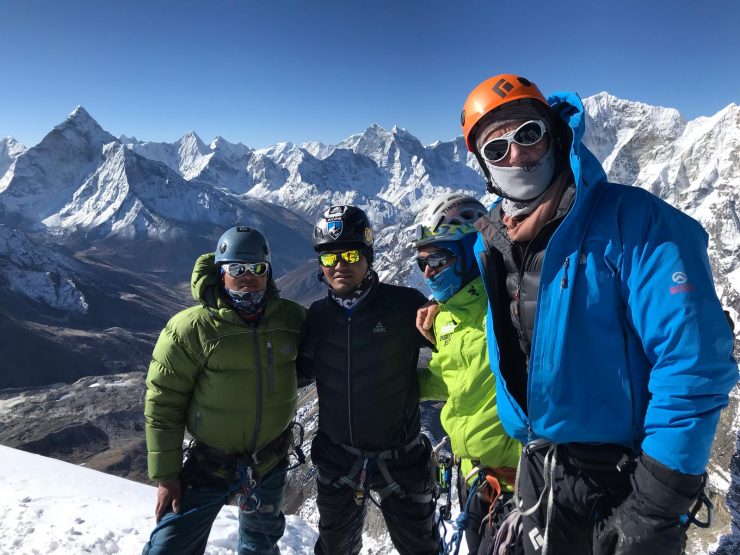 After a thermos of tea and the obligatory photos we descended. We abseiled at least half the descent which indicates how steep it is. A nice quick way down!

Once back at our High Camp we packed up and trekked back to Lobuche. From there I helicoptered back into Base Camp and Sean and Guy helicoptered down to Lukla for their last night before flying back to Kathmandu and heading home from there.

So, here I am back at Everest Base Camp with the Adventure Consultants (AC) team for the next 6 weeks or so. The Camp is pretty amazing; great big insulated communal tents, walk-in sleeping tents complete with deck chair and bed.

I seem to have picked up a chest infection along the way. AC have a dedicated expedition doctor who is ordinarily an Emergency Specialist at the Royal Perth Hospital. On arrival in Camp I consulted her and she has put me on antibiotics. Thankfully the next couple of days are rest days so that will give me an opportunity to recover. I guess better to happen now than at the business end of the expedition.

Tomorrow we have our “puja”. This is a religious ceremony led by our Sherpa’s asking for safe passage up the mountain. It will be an exciting day. More in due course…