Today was an amazing day.  It was our first foray into the fabled Khumbu Icefall. 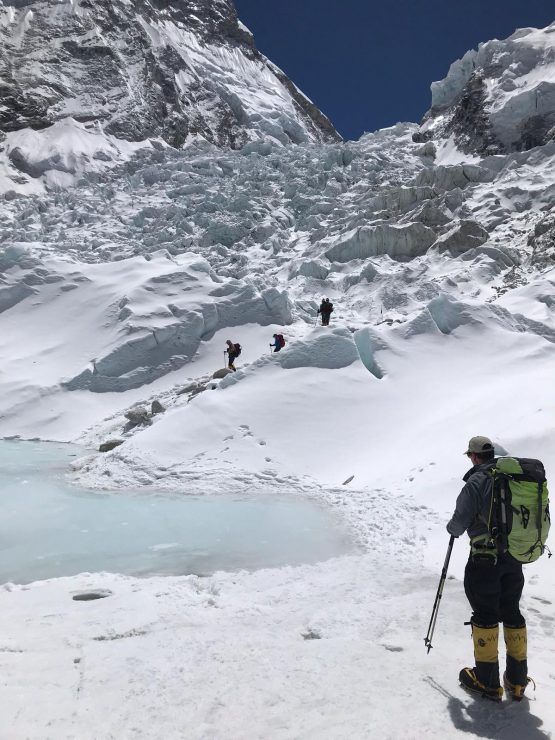 Khumbu Icefall. We departed Everest Base Camp just after first light and skirted the edge of the Camp before turning right and heading onto the ice.

This really is another world, a jumble of massive chunks of ice in all shapes and sizes.  You feel like you’re in that old TV show from the 70’s “The Land of the Giants”.

After about 30 minutes we hit the fixed lines, which generally indicate the going is getting more precarious and steeper. These lines (and the bridges higher up) are attended by a group of Sherpa’s called the “Icefall Doctors”.

At all times when travelling on fixed lines you have two safety points of contact with the rope; your ascender (which is a one way locking device) and a carabiner.  Both of these are attached to your climbing harness.

There are numerous rope anchor points that you have to negotiate so you have to transfer ascender and carabiner to the new line.  No easy feat when you have big cumbersome gloves on! 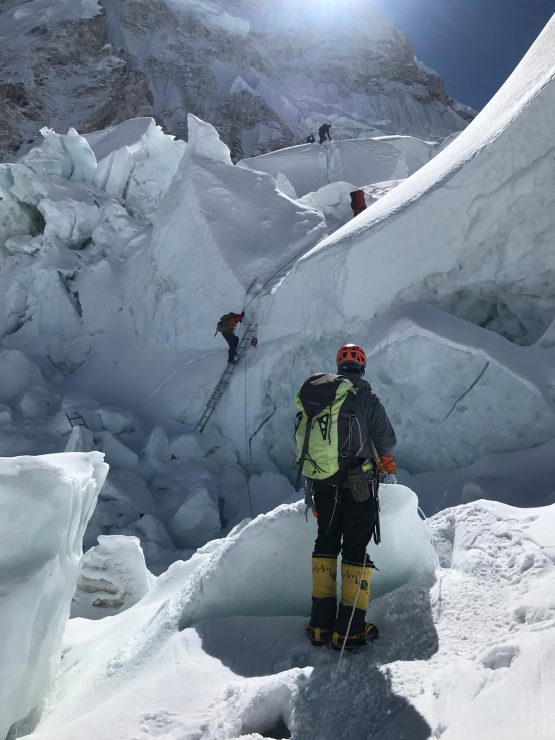 Over the course of three hours we managed to get to the first ice ladder at a height of 5,750 metres which was the aim of the morning.  This is still 250 metres shy of Camp 1.

We then turned for home and descended.

Tomorrow is a rest day (so there will be no update).

The day after we embark on our first rotation.  I hope to be able to keep in touch via the sat phone but won’t know for sure until I get to Camps 1 & 2.

Health-wise, I still have an annoying cough that is producing some nasty phlegm.

I do however seem to be getting better daily. 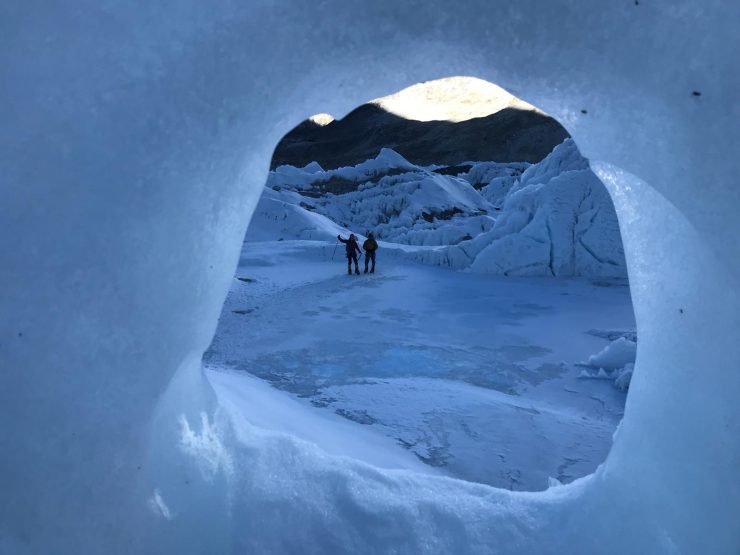 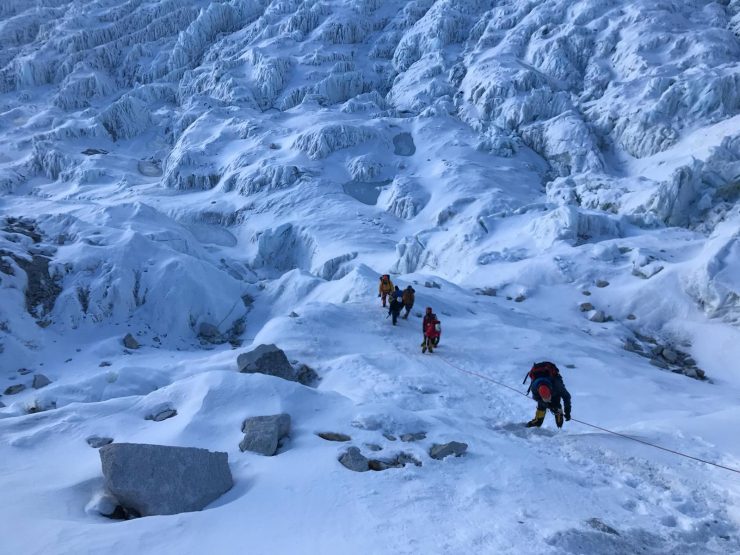