Safari in the Southern Serengeti

Over the next three weeks I will have the pleasure of assistant-managing Ndutu Safari Lodge in the Ndutu Area of the southern Serengeti ecosystem. I will be spending some quality time in the bush with my family, as well as exploring some of the unique offerings in this part of Africa.

Ndutu is very busy from a tourism perspective December through to April when the wildebeest herds congregate to give birth after the long rains have turned the volcanic dust into vast, short grass plains. As a result, there is a massive congregation of predators – lion, cheetah, wild dog and hyena – that take advantage of the vulnerable young wildebeest.

During this time of year there are many luxury camps that spring up to allow travellers to experience the spectacle.  Most of the camps leave the Ndutu Area by mid-April to preposition further north as the wildebeest move with the rains to find water and fresh grass. Only a couple of permanent lodges remain, along with the resident wildlife.

The dry season in Ndutu is every bit as interesting as the wet season.  The permanent springs of the Large and Little Marsh support a wide range of resident animals including the Marsh pride of Lions and the Thin Pride.  We were lucky to come across these prides yesterday.

We witnessed the Marsh pride feeding on a zebra and spotted Selous, a male lion who frequents these parts often. You can’t tell from the photo but Selous has a short tail ( bit it off himself!). We also got up close to Katavi- easy to distinguish by the multiple scars on his face. It is unclear if he and Selous are brothers; the two were with the Thin pride on this occasion, but also are known to move between the Thin Pride and the Marsh Pride. 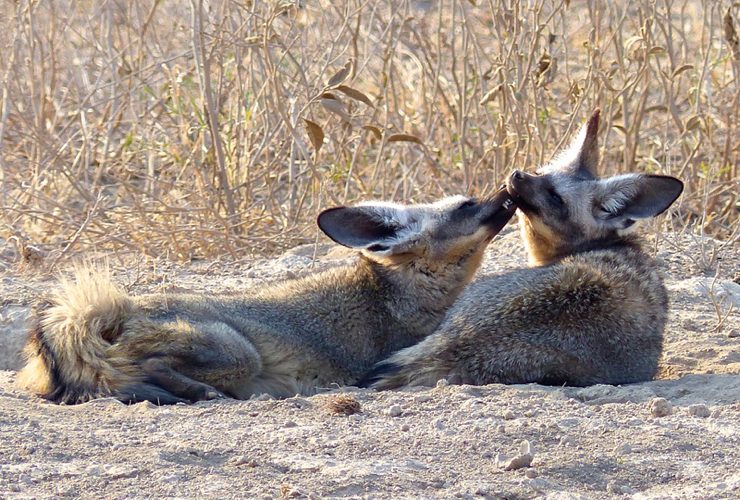 Bat Eared Foxes grooming each other 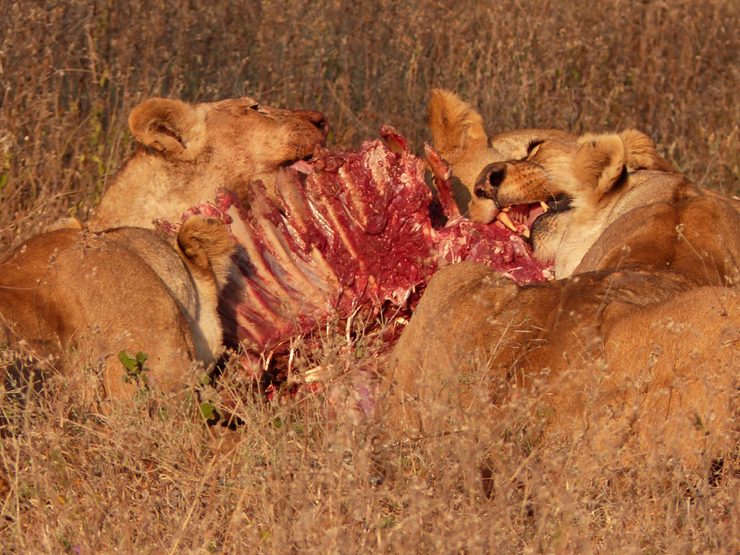 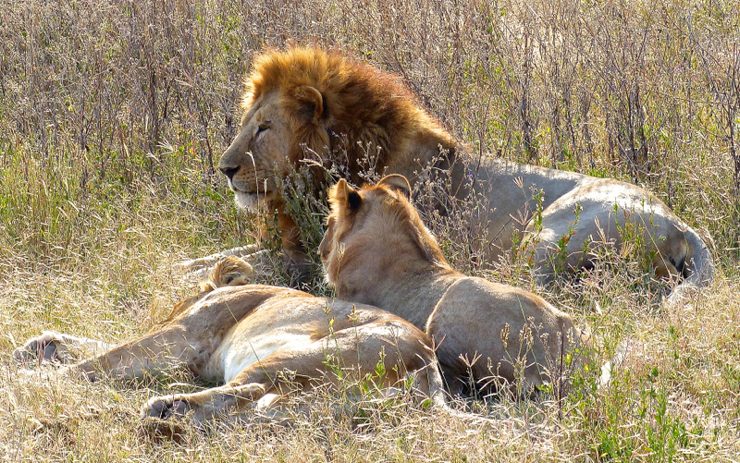 Selous and his two lady friends 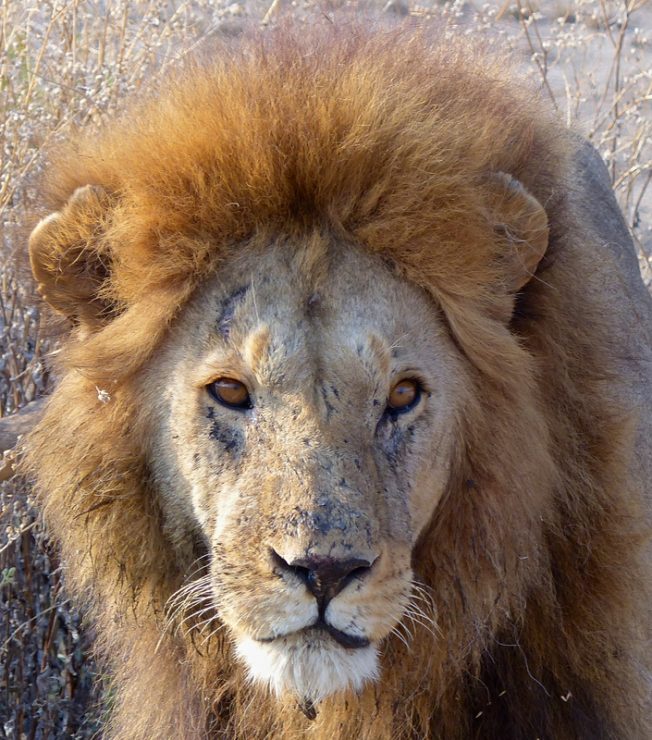 I will be sharing our wildlife sightings over the next couple of weeks.  We will also be keeping an eye out for the resident cheetahs who stay in the area. More to come soon!