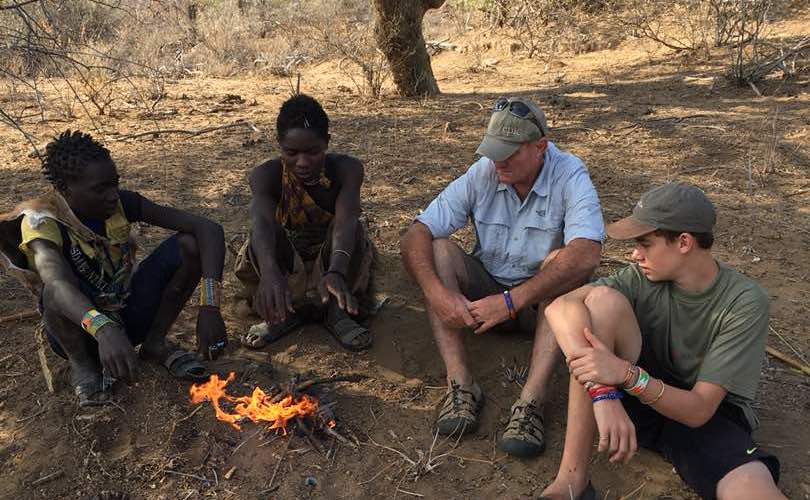 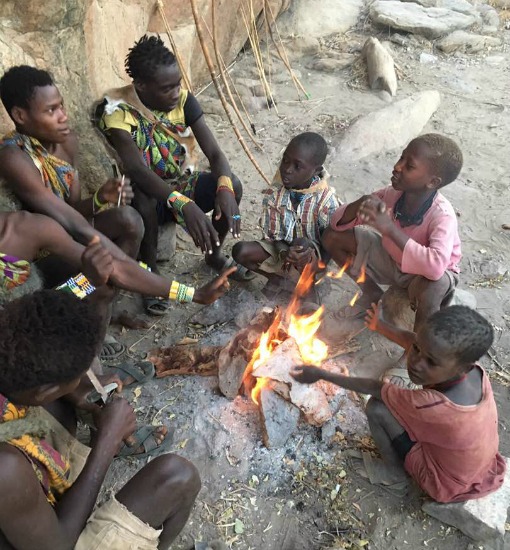 This was an adventure I had been anticipating for a very long time. My son has long been fascinated by hunter gatherer tribes and how they live, the tools they use and what they eat and their social structures and language.  As an amateur anthropologist, he had been pestering me to take him somewhere to meet such people and experience it for himself.

To be honest the interest is mutual so this was no hardship for me. So, on the eve of his 14th birthday, we wanted a special adventure together (gifting experiences rather than things) so off we went to meet the Hadzabe people who live a hunter gatherer existence at the arid Lake Eyasi in Northern Tanzania.

Approximately 1200 Hadzabe continue to live a traditional lifestyle of gathering seeds, fruits and berries and hunting for birds and mammals. Their diet is incredibly diverse for them to be able to survive in this landscape and nothing goes to waste. The Hadzabe speak a complicated click language, not dissimilar to the San bushman of Southern Africa and although they share a similar traditional lifestyle and language, DNA analysis proves they are not related closely.

The day started before dawn as the women and small children awake from their temporary grass structures and attempt to warm themselves by blowing life into glowing embers of the previous night’s fire.  The men sleep separately under the lean of a massive granite rock and also awake, welcome us warmly and offer a share of their previous night’s hunt which they eat raw or cooked. 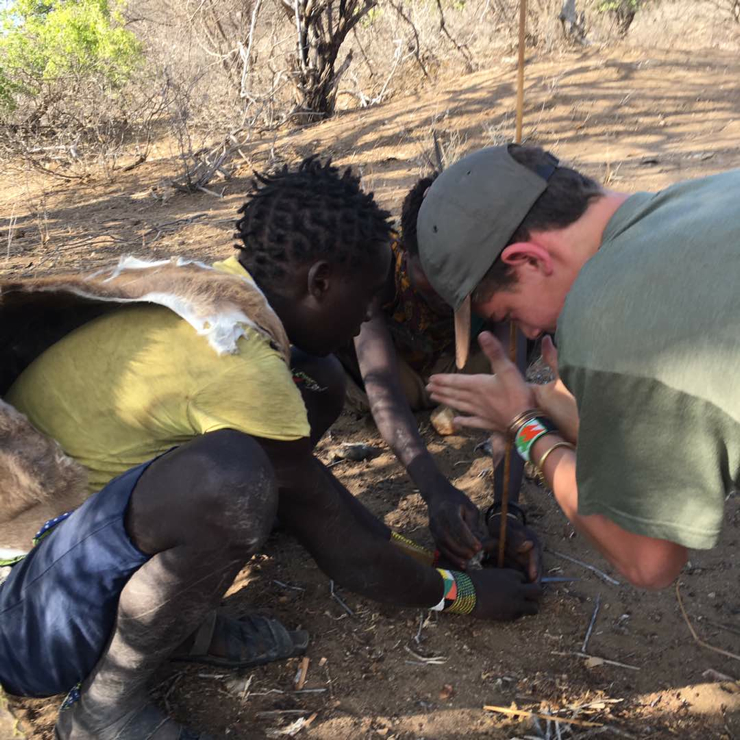 Our intent was to spend the day on a hunt with the men.  My mother, who was traveling with us, decided to spend the day with the women and children – looking for fruits and tubers and making clothing and jewelry.  She was welcomed as one of them and sat down to enjoy her day as we walked off into the residing sun to start the hunt. 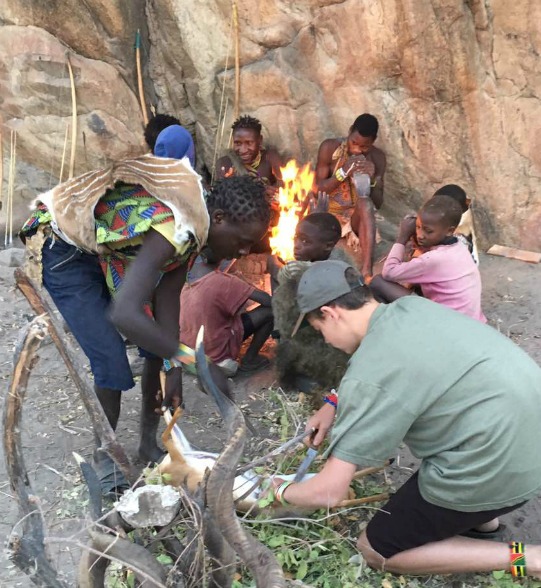 This really isn’t an experience for the faint hearted as neither my son or I are hunters and we knew that we would be offered the fruits of our friends labour.  Added to this the speed of the chase is quite fast as they track and follow any bird or animal within the range of their arrows, sometimes at a running pace.  If I hadn’t seen it with my own eyes I would not have believed you could shoot two birds with one arrow from 15 meters away – such is the skill of these men.  Mid morning we sat under the shade of a tree and they lit a fire within seconds by rubbing sticks together. We helped by plucking several of the shot birds tied to their belts before placing them in the coals and eventually eating them right there and then.  After extinguishing the fire we carried on and eventually wound our way back to camp to share the rewards of the hunt.

I can honestly say that this was one of the most rewarding cultural experiences I have ever had.

Despite the necessity of witnessing the hunting birds and animals for survival, both my son and I were grinning ear to ear with what we had seen and felt privileged to have been allowed to participate and share the experience together. It dawned on us both that we were practically looking back at our own history as it may have looked several thousand years ago.” 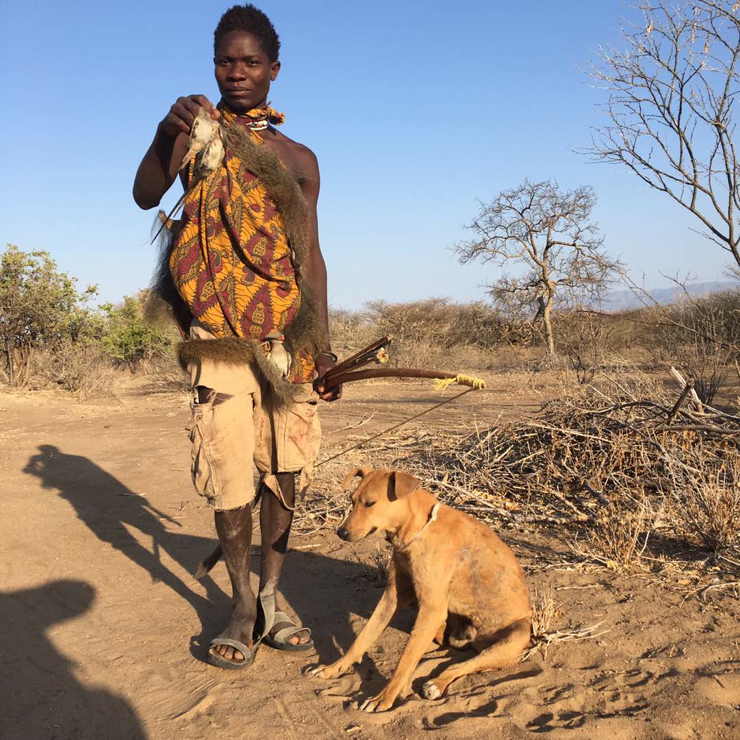