Our amazing safari started in Kenya.

After a short flight from Wilson airport in Nairobi, we landed at the Ol Kiombo airstrip in the Masaai Mara.  The game viewing started as soon as we stepped off the light aircraft with a herd of giraffes grazing along side the airstrip.  Our guides from the Rekero camp were there to meet us and give us a taste of what was yet to come on the drive to our digs. 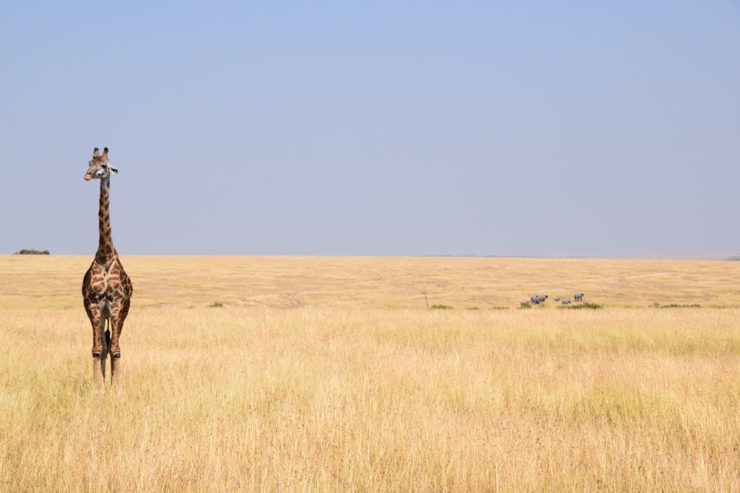 The camp is beautifully located on the banks of the Talek River, home to countless hippos and a few crocs!

After orientation to the camp and lunch by the river we had a few hours to kick back and relax before heading off on our first afternoon game drive.  The highlight of the afternoon was to witness the mating ritual of the lions (every 15 minutes for 5 days!) It looked like these two were at the end of the 5 days as the male was looking a little undernourished! 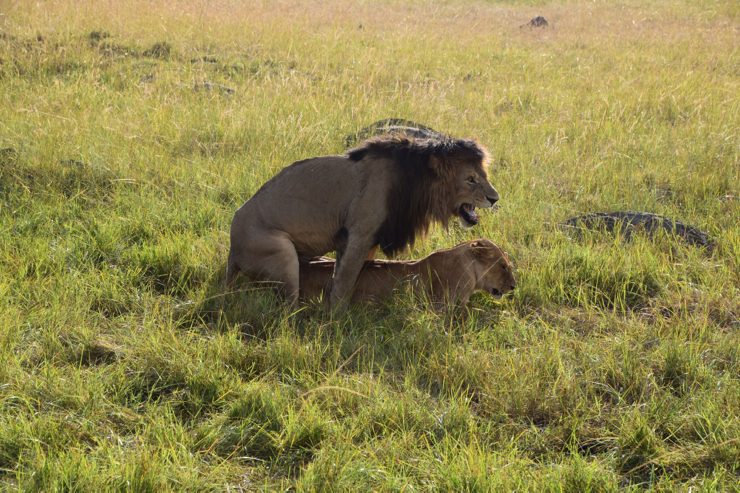 The next few days our guides took us to all corners of the Mara observing an abundance of wildlife and four of the ‘big five’. We were beginning to get an understanding of animal behaviour and our  ‘spotting’ skills were improving (or at least I thought they were until an ‘eagle’ I spotted in a distant tree on closer inspection turned out to be a baboon! – a decent pair of binoculars is essential).

Returning to camp in the afternoon after a long day our guide spotted a leopard ‘kill’ in a tree, metres from our camp and we patiently waited for dusk and the leopard to return.  We were not disappointed!   After inspecting her kill she gracefully descended the tree and positioned herself beside our vehicle for a photo opportunity. 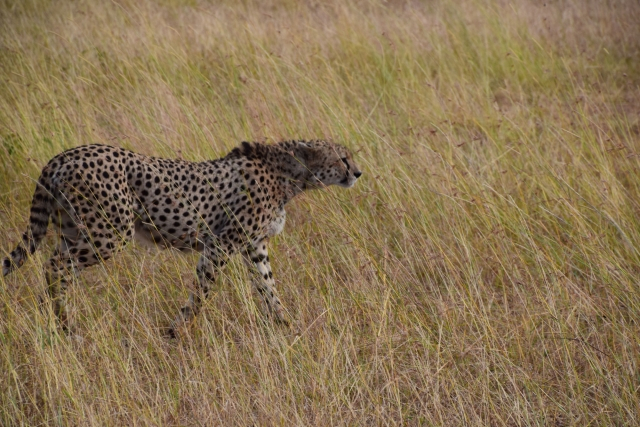 Determined to see ‘a crossing’ we set out at dawn next morning and headed southwest toward the Mara River. Good timing or good luck we witnessed a spectacular crossing down the steep banks of the river just before 7.30am.  Engulfed in clouds of red dust the wildebeest somewhat ungraciously bolted down the banks and across the river narrowly escaping a croc, watching and waiting just centimetres under the surface.

Next stop was the Serengeti.  Light plane travel is interesting in both Kenya and Tanzania and much like getting on a bus!  When one doesn’t come or is delayed there will always be another just around the corner!  After 2 short flights, and a road trip across the border we boarded another flight to Lamai where we were again met by our guide for the drive to Kimondo camp, our home for the next 3 days. The landscape was noticeably different from the Mara but just as beautiful.  This time our tent looked out on massive grass plains dotted with trees and wildlife. 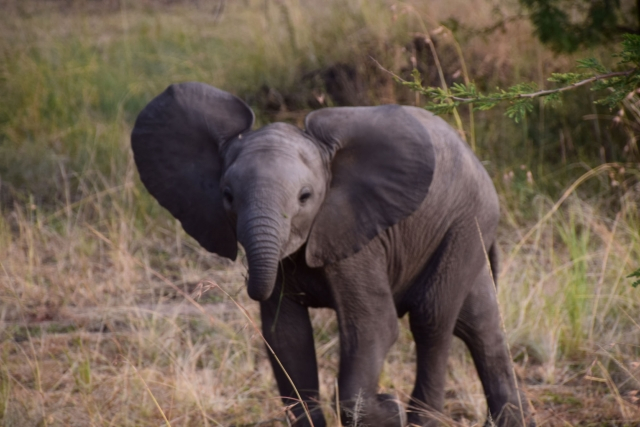 On the first day’s game drive in the Northern Serengeti we played a waiting game with hundreds of wildebeest loitering lazily on the edge of the Mara river anticipating the perfect time to cross – ‘will we, won’t we’; ‘will we, wont we’ was the serenade of this interesting looking beast. On this occasion ‘won’t we’ won!

Next day however, we were rewarded with 3 of the most remarkable crossings at various points on the river.  Each crossing lasted between 21-29 minutes each and trying to guess how many hundreds – maybe thousands of wildebeest crossed during this time was impossible.  Our video footage, albeit amateur, will be a constant reminder that this is one of the seven wonders of the natural world. 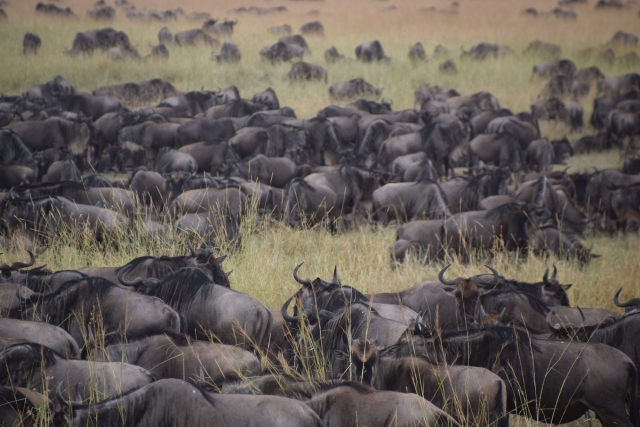 On the way back to camp with a storm rolling in from the west and a ‘rainbow’ overhead our guide asked us what could make this day better!  Of course our safari comrades all light-heartedly chorused ‘see a rhino!’ although we knew our chances were slim – a rhino had not been spotted in this area for 6 months. The rain started to fall heavier and up ahead the wildebeest hides turned darker.  Our vehicle came to a sudden stop – there was an odd black shape in the distance amidst the herd of wildebeest – a black rhino – really!  Cameras that had surrendered to the rain were whipped out in a flash. The two-way radio erupted with excitement as our guide contacted his colleagues nearby. 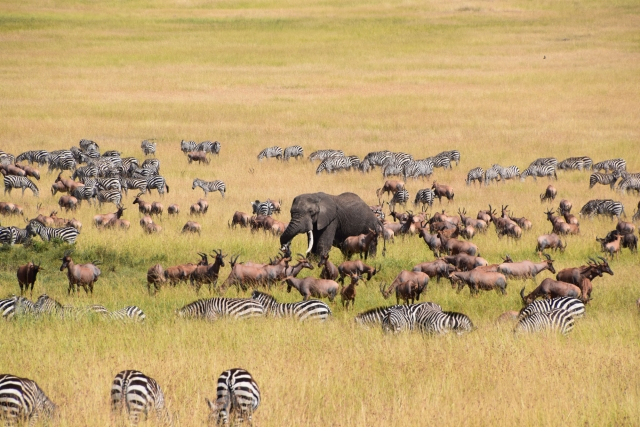 Evenings at both camps were spent with other guests reliving experiences from the days viewing.  After 6 days of a full-on safari it was time to head to Zanzibar for some rest and relaxation.

We had no idea about what to expect when we first started to organise this trip. Wanting to see the ‘real’ Africa, it became obvious that we needed an expert to help us. We had the great fortune of being referred to Anita from Epic Private Journeys, through a mutual friend. From there the adventure began.  From her base in South Africa, Anita anticipated our needs perfectly.  The trip was seamless, from the time we landed in Kenya to departing Tanzania.  It truly was a trip of a lifetime  – we would return to Africa in a heartbeat!