There are not enough superlatives to describe Bhutan. It is a place of awe-inspiring scenery and THE most hospitable people on the planet. The Bhutanese are a very proud people who cling strongly to their traditions and their religious roots. There is undoubtedly something to be said for Buddhism and its fatalistic beliefs. It makes for a very understanding demeanour.

We flew into Bhutan paralleling the Himalayas. The weather was superb and offered incredible views of Everest and numerous other 8000 metre plus peaks. On arrival in Paro, Bhutan, one understands why the airport is where it is. It must be the only flat piece of land for quite a ways. The aircraft on arrival had to undertake a number of weaving turns to line up the runway. 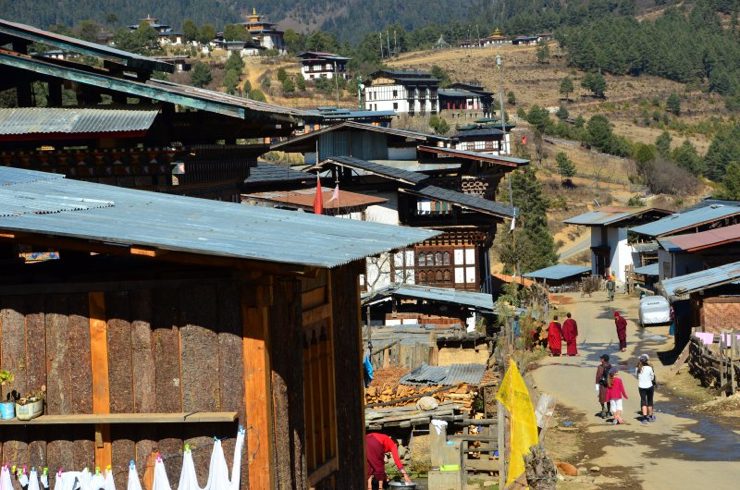 We spent our first two nights in the capital Thimphu. The term capital is somewhat “heady” as the city accommodates only 90,000 people. Mind you, the country only houses 700,000. It is possibly the only city in the world without traffic lights. It is a quaint and orderly city. The immediate parallel I drew was that it was Asia’s answer to Queenstown, New Zealand. The people are unbelievably warm and innocent. We spent our time in Thimphu amongst other things, visiting the giant golden Buddha statue and the first Dzong (fortress/temple) constructed in Bhutan in 1623. We then drove through to Gangtey, a relatively arduous 6 hour drive to the west along tenuous roads. En-route we summited two passes in excess of 3000 metres. The passes provided extraordinary views of the Himalayas and its offshoot glacial valleys. It was literally breath-taking given the altitude. We are presently ensconced in a beautiful lodge called Gangtey Goenpa. It is a small luxury lodge perched high at the northern end of the Phobjikha Valley. 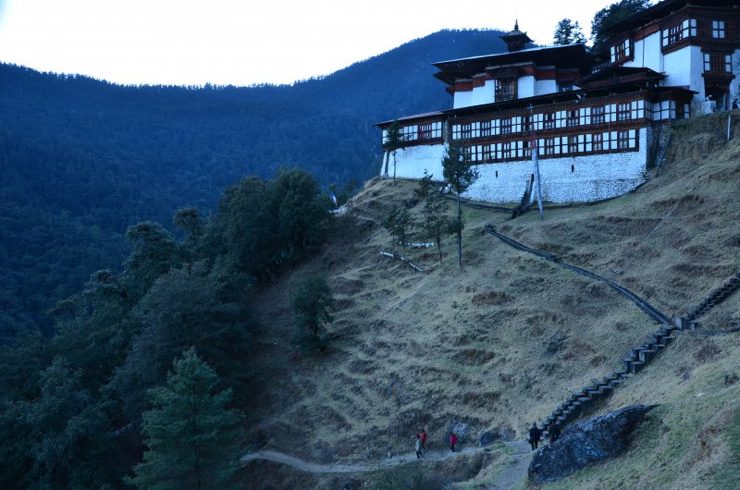 Buddhism permeates every facet of life here. Nature has priority, even mangy street dogs are tolerated.  We spent time in the monastery where the younger monks were having breakfast in the courtyard amidst a plethora of street dogs and ravens competing for the scraps. We then did a bush walk to see the endangered black necked crane which winters in this part of the world. On our return to the lodge we practised some archery. This is the national sport in Bhutan. Our instructor, Namgay, trialled for Bhutan in archery for the Olympics. 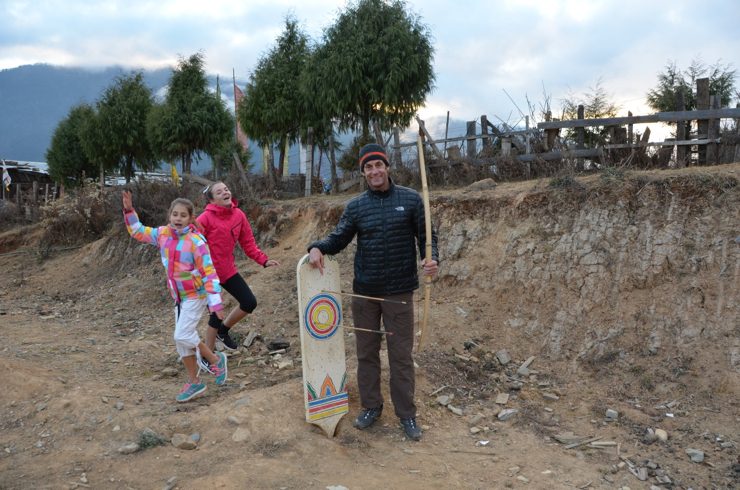 When the target is hit the locals practise the “black necked crane” dance, hence in the photo Lilly and Ella dancing behind the target. We also played some “darts”. This is not the darts that we know. In this game you throw a small metal tipped winged dart at a target located 15 metres away. Great fun.

Tomorrow we plan to trek to a local village, mountain bike in the afternoon and do some more archery and darts. Will update again soon.